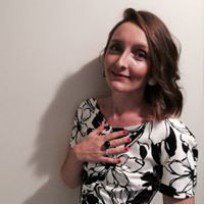 Buy it or borrow it, shelve it or throw it... that's the question. I must have liked this book because once I picked it up I couldn't put it down and read it in two days. It's a non-fiction book about a man who decides to quit his career, sell his house and set up an experiment to see if and how humans could live after a world apocalypse.

The book is interesting as it cites a number of ideas by philosophers, writers and filmmakers who have explored these kinds of dystopian concepts, but ultimately the book is a disappointment. Dylan Evans suffers a nervous breakdown during the experiment which lands him in a mental institution - I'm not spoiling the book by the way, you learn this in the first few pages. The book feels like the experiment, it has hints of truly exciting stuff but then shuffles its way to end like a person propped up on anti-depressants. Dylan tells the story but it sounds like a hashed together university lecture, missing the passion and excitement I was hoping for in the book.

It is interesting to note that the author's career before embarking on The Utopia Experiment was in robotics, his passion had once been to develop emotions for robots. During the experiment he literally shuts down and is unable to communicate to any of the volunteers who come to participate in the project. This is not the first time he has suffered with depression he says and it is so severe he contemplates taking his life. The only way it seems that he can survive and function in the world is to live a medicated life, and in this way he comes to resemble a kind of robot himself.

He goes on a lot in the book about wanting The Utopia Experiment to be a secular community, the idea of any religion disagrees with him strongly, particularly by one of the more eccentric volunteers named Adam who refers to 'the great spirit' frequently. Out of all the volunteers it is Adam who Dylan is most drawn to and after he leaves his descent into depression accelerates rapidly. You have to wonder why this is - perhaps Adam is the outwardly crazy, unmedicated version of Dylan which is why he is so fascinated and repelled by him, a person who has learnt to live with his madness.

There is one interesting part where Dylan describes looking into a stream and being hypnotically drawn to it - could this be evidence of 'the great spirit'? Again, it's another stone left unturned in the book which the medicated, society-acceptable version of Dylan files away with the folders marked 'madness'. Russell Brand writes about complex, thought-provoking issues with his own brand of searing honesty, razor sharp wit and laugh out loud humour. This book should be essential reading for every human on the planet, particularly young impressionable ones who like spending their paycheque on new trainers. Viva la revolution! Fun easy to read pulp fiction in the same style as Gone Girl. Entertaining, great characters, very enjoyable from start to finish. ...Although it did inspire me to drink a few more gin and tonics than usual.

""Somewhere between fear and sex passion is.""

""I was happy but happy is an adult word. You don't have to ask a child about happy, you see it. They are or they are not. Adults talk about being happy because largely they are not. Talking about it is the same as trying to catch the wind. Much easier to let it blow all over you."" I was lucky enough to see Jeanette Winterson at the Sydney Opera House in 2014 - her talk was brilliant and inspiring, she is surely one of the greatest minds of our era. After the talk I bought a stack of her books and queued up to get them signed - the people waiting behind me actually sighed with exasperation when I put my stack on the table!

Up until this point I'd only read her memoir 'Why Be Happy When You Could Be Normal' which was fantastic, so I was keen to read her other works which I hoped would be equally as honest, cutting edge and a little twisted... I was not disappointed by 'The Passion'. It's a short and relatively easy read, although you know you're reading 'a classic' from the first line - it stretches your mind and your imagination, combines historical fact with dreamy fantasy, and is a beautiful book put together by one of the world's greatest wordsmiths.

'The Passion' takes you on an adventure through freezing war torn Europe, following the exploits of Henri as he takes on the job of 'neck wringer' for Napoleon Bonaparte, to Venice where he meets the beautiful Villanelle, the daughter of a boatsman born with webbed feet...

You'll be thinking about it for days afterwards. This is a really well put together novel with great characters. I picked it up on a Saturday morning and finished by Sunday - I didn't want to put it down. It pokes fun at the 'helicopter parenting' of today's world, but also tackles some big issues too.

I thought the book went on a bit at the end more than it needed too which is why I gave it 3.5 stars, but don't be put off reading it just because I've been a bit mean with the stars! It's good fun and a great book to get your bookclub debate fired up.

""(Mick Jones) half-heartedly tried to teach me a few chords a couple of times, but once you've shagged a bloke he can't really be bothered to teach you anything, he's got what he wants.""

Essential reading for every woman... This book should be essential reading for every woman. Viv Albertine's memoir is witty, fast paced, searingly honest and shockingly humorous.

If, like me, you've never heard of Viv Albertine or her band The Slits, don't let that deter you! It's the 70's in London and Viv is at the forefront of the punk movement, along with friends Sid Vicious and Johnny Rotten (Sex Pistols), and Vivienne Westwood (fashion designer for label SEX).

Viv Albertine follows her heart and the book is nothing short of inspirational - gritty and honest, documenting the life of an artist and really telling it how it is to be a woman living in the 21st Century.

Buy it! It deserves a place on your bookshelf and is a great conversation starter for bookclubs.

The Human Age: The World Shaped by Us
Diane Ackerman